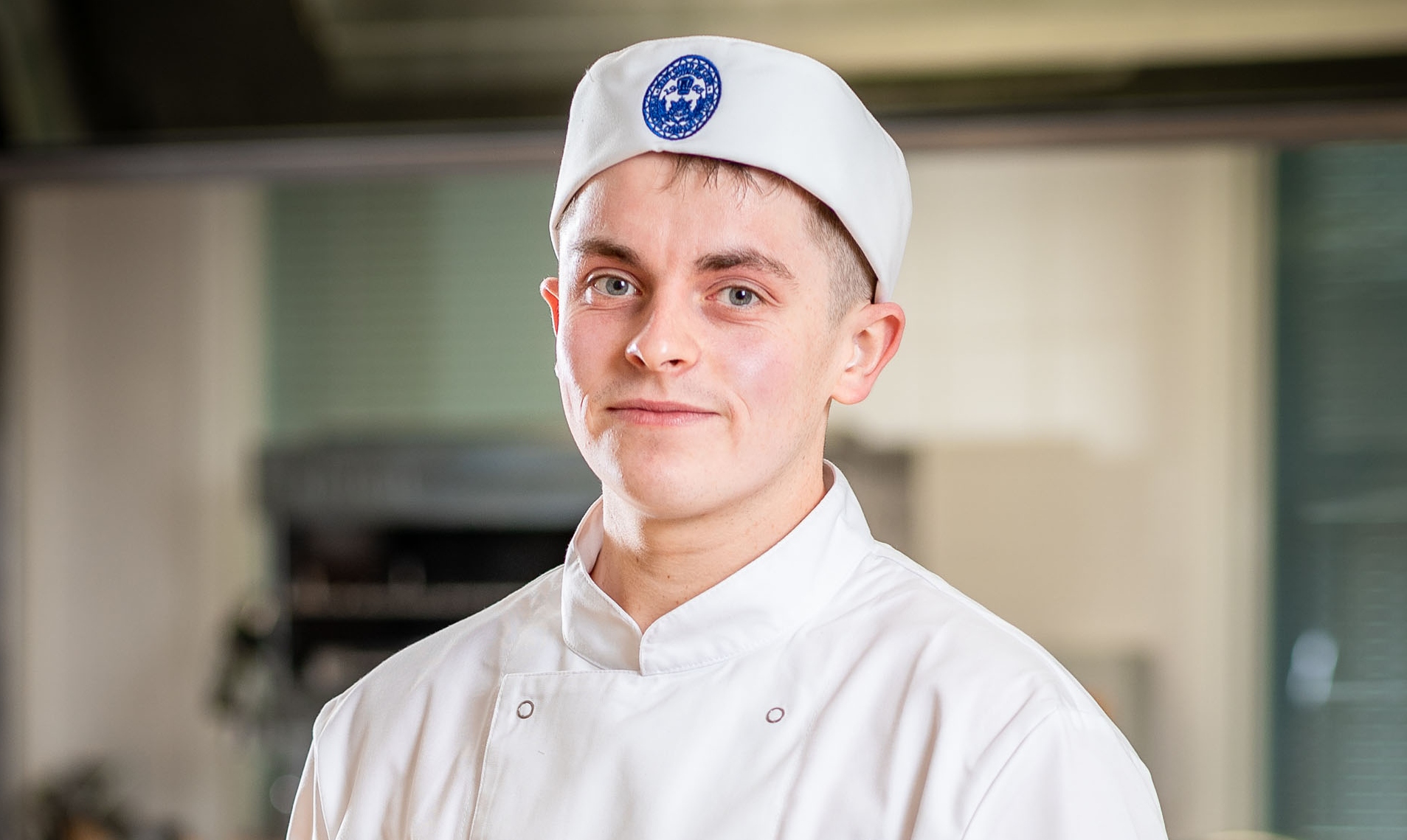 A talented Welsh chef cooked his way to third place in the Young National Chef of the Year final.

Originally from Conwy, 23-year-old Harry has competed with the Junior Culinary Team Wales in global competitions and was runner-up in the Junior Chef of Wales Final in 2017 and 2018.

“I am very happy to have finished third, bearing in mind that the last time I competed was in February last year,” he said. “I had never been in the kitchen at Le Cordon Bleu before and the final was full on.

“I received the competition brief in July, having been furloughed since March. I tried to spend my day off every week and some time at home practising my dishes and I was happy with the way they turned out in the final.

“To be honest, I was relieved when it was all over because I felt under so much pressure, particularly as all the chefs were interviewed while the final was being streamed live.

“We had two hours to prepare and cook a three-course menu and I finished my dessert with just one minute to spare.”

Harry thanked chef patron Mark Birchall, head chef James Lovatt and sous chef Kane Williams, who is originally from Bangor, for their support in developing the dishes and their encouragement.

He hopes to stay and continue learning at Moor Hall Restaurant and would love to help Birchall achieve his ambition of a third Michelin star.

With a focus sustainability, the Young National Chef of the Year competition challenged finalists to incorporate ingredients from the Knorr Future 50 Foods list in their three course menu.

Leading the congratulations, Culinary Association of Wales president Arwyn Watkins, OBE, said: “It was Harry’s first time in the national final and he should be very proud of his achievement which demonstrated great skill, passion and commitment.

“Considering the pandemic lockdown, furlough and all the other obstacles in his way, it was a brilliant result and a great example for other talented, young Welsh chefs to follow.”

The competition, which was won by Edwin Kuk, junior sous chef at The Art School Restaurant in Liverpool, is organised by The Craft Guild of Chefs and run in partnership with Knorr® Professional in association with CCS, Churchill, Seafoods From Norway and Quorn.

Hrishikesh Desai, chair of judges, said: “These finalists are the upcoming stars of our industry and we want them to be the catalyst for change and inspire their colleagues and peers. It was an incredible final.”

Competition organiser David Mulcahy, said: “All the finalists have bright futures ahead of them and we can’t wait to see where this experience takes them next.”