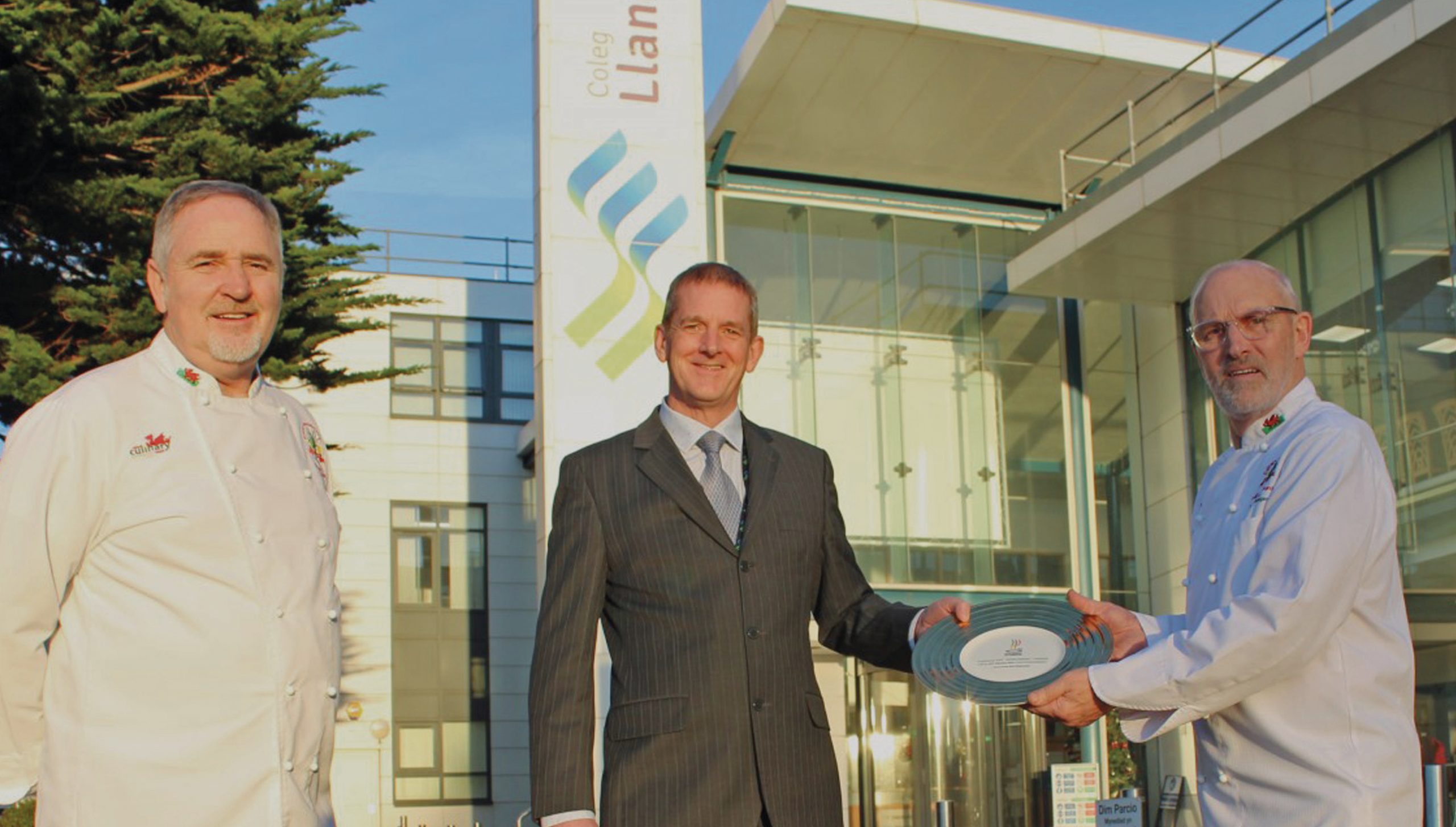 A successful partnership between the Culinary Association of Wales and Grŵp Llandrillo Menai spanning a decade has been celebrated with the signing of a new agreement.

The agreement will see the Junior Culinary Team Wales, which flies the Welsh flag in competitions around the globe, continue to be based at the Grŵp’s campus in Rhos-on-Sea where team manager Michael Evans is a lecturer.

Under the agreement, Grŵp Llandrillo Menai provides a base, sponsorship and a coach for the junior team, which comprises talented chefs aged 23 years and under.

The partnership began in 2011 when the Junior Culinary Team Wales was re-formed for the Culinary Olympics in Germany the following year.

The team has gone on to represent Wales in style, including achieving silver and bronze medals at the Culinary Olympics last year. Next up for the young chefs is the Villeroy & Boch Culinary World Cup in Luxembourg in November 2022.

The CAW’s link with Grŵp Llandrillo Menai dates to 2006, when it hosted the Welsh International Culinary Championships (WICC) for the first time. The three-day event, which attracts top chefs from across the UK and around the world, is now a firmly established fixture at the college and is due to be held from February 22-24. next year.

CAW president Arwyn Watkins, OBE, said: “We are delighted to renew our valued partnership with Grŵp Llandrillo Menai for another year and look forward to staging the Welsh International Culinary Championships 2022 there, after a two-year absence due to the pandemic.

“Chefs selected for the Junior Culinary Team Wales squad have an exciting year ahead as they prepare to compete at the Culinary World Cup in Luxembourg, one of the top two international competitions for chefs from around the globe.

“The junior team holds the key to the future and hopefully many of the young chefs will progress to the senior team to compete at the highest level on the world stage.”

David Owen, Assistant Principal of Grŵp Llandrillo Menai, said: “We are delighted to continue our support for the Junior Welsh National Culinary Team, which has been promoting and nurturing the nation’s young talent for nearly 20 years.

“Members of the team, many of whom have been Grŵp Llandrillo Menai hospitality and catering students, have competed in a number of competitions across the globe, including the Culinary Olympics and Culinary World Cup. They have even served St Davids’ Day canapes at Number 10 Downing Street!

“The evolution of a talented junior team, managed by Michael Evans, is a positive step towards the future of culinary skills in Wales, not only showcasing their talents but also the best of Welsh produce.”