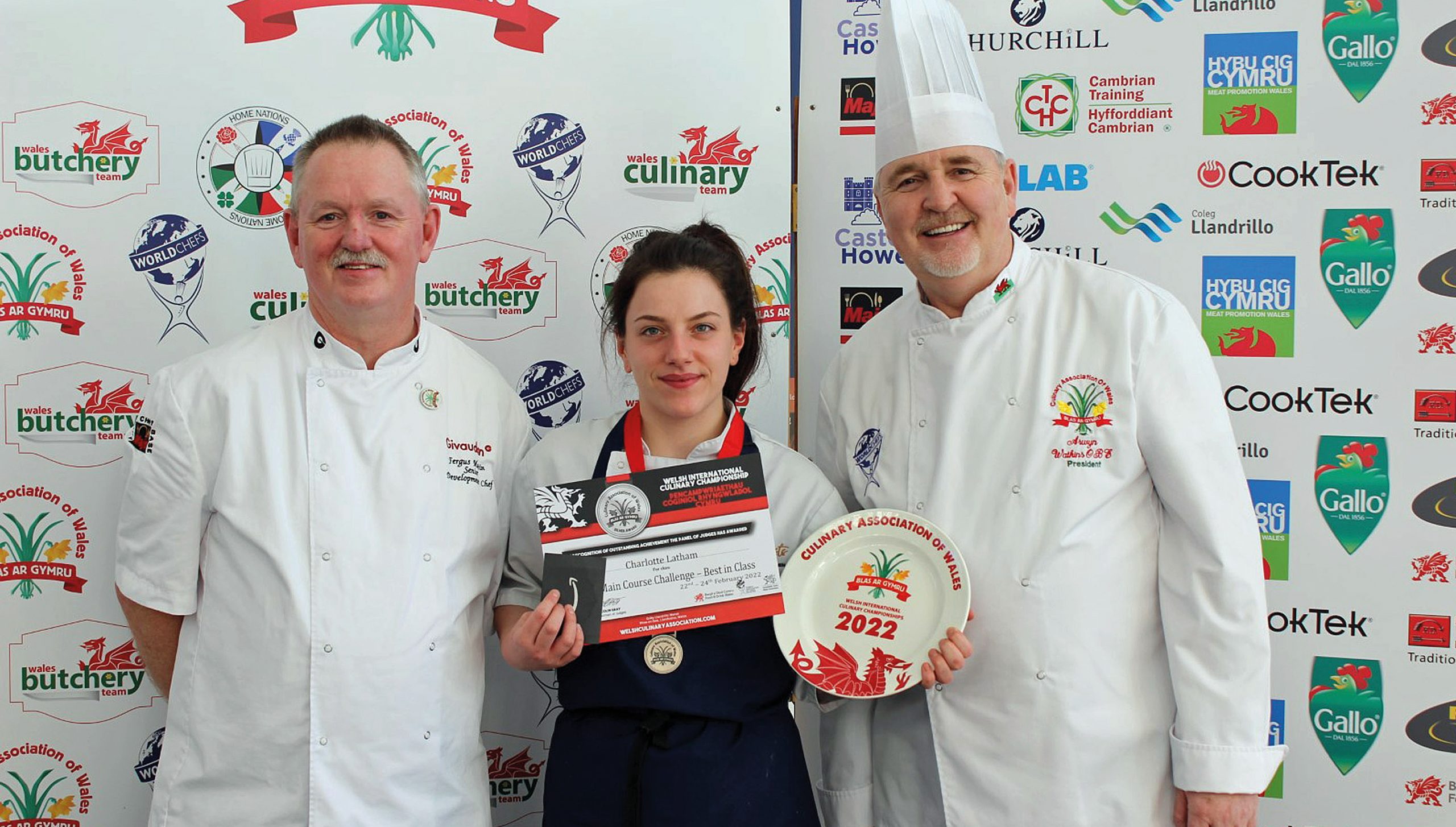 Charlotte Latham, 21, from Llanidloes, who works at Chartists 1770 at The Trewythen Hotel in the town, won both the Wales heat of the Riso Gallo Young Risotto Chef of UK and Ireland and the Major International Main Course Challenge.

She will now represent Wales in the Riso Gallo Young Risotto Chef of UK and Ireland Grand Final at The Tottenham Hotspur Stadium on the April 4, where the finalists will compete for an exciting prize. In the Wales heat, Charlotte cooked a lobster risotto.

The overall winner will travel to Italy for a three day stage with Fabio Pisani, Alessandro Negrini and their team at the two Michelin starred Il Luogo di Aimo e Nadia in Milan, famous for its contemporary Italian cuisine.

The winner will also be taken on a tour of the Riso Gallo Rice Mill in Italy and will learn about a selection of excellent rice, cresses and oils from Riso Gallo, Filippo Berio and Koppert Cress.

Charlotte will also represent Wales in the Major International Main Course Challenge Final at Hotel, Restaurant & Catering (HRC) which is being held at ExCel, London from March 21-23

Organised by the Culinary Association of Wales (CAW), the WICC are hosted by Grwp Llandrillo Menai’s campus in Rhos-on-Sea. Main sponsor is Food and Drink Wales, the Welsh Government’s department representing the food and drink industry.

Charlotte, who has worked at Chartists 1770 at The Trewythen Hotel, since last May, is working toward her Apprenticeship in Professional Cookery with Cambrian Training Company.

After competing in two competitions on Tuesday, she was in action again on Wednesday as commis chef to sous chef Matthew Smith, from Chartists 1770 at The Trewythen Hotel, who won a bronze medal in the National Chef of Wales final.

“I was very nervous because it was my first competitions,” she said: “My mind just went blank on Tuesday morning but I was okay when I started cooking and I am really proud of myself.

“I love the industry and enjoy the pressure and challenge. I really enjoyed being Matthew’s commis chef which was a great experience.”

Looking forward to the two competition finals in London, she said: “It’s a bit scary but I’m going to try my best.”

It proved a good WICC for Chartists 1770 at The Trewythen Hotel because apprentice Rosie Koffer also won the best kitchen live class.