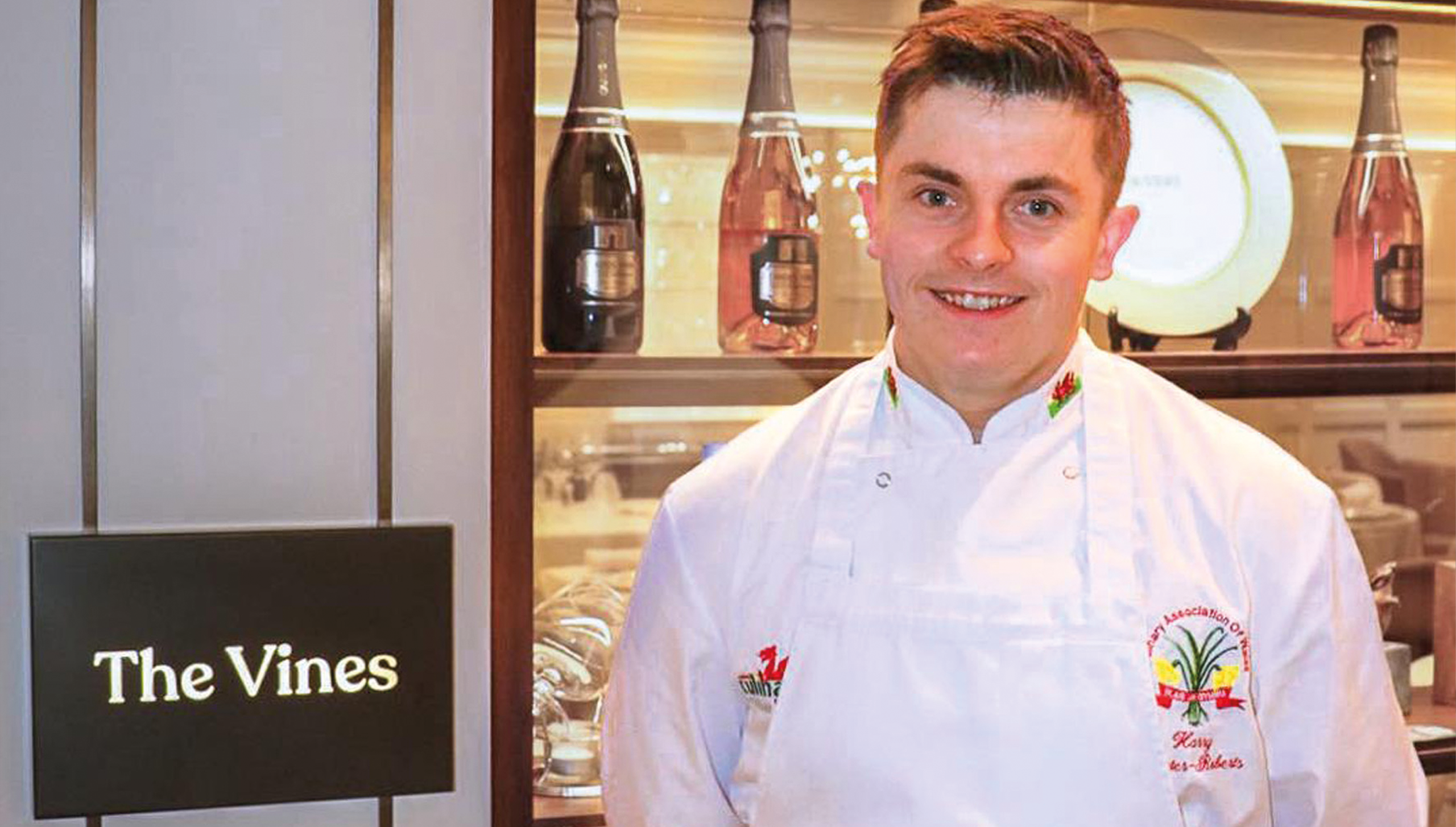 A talented young Welsh chef is preparing for a memorable year of competitions on the global stage.

Harry Paynter-Roberts, 24, sous chef at Carden Park Hotel and Spa, near Chester, will be competing against seven of the world’s best young chefs in the Global Young Chefs Challenge Final at the Worldchefs Congress and Expo in Abu Dhabi from May 30 to June 2.

Then, in November, he will join the Junior Culinary Team Wales at the Villeroy & Boch Culinary World Cup in Luxembourg. He will be representing the Culinary Association of Wales (CAW) in both competitions.

Harry, who lives in Gronant, near Prestatyn with partner Chloe and baby son Noah, has a good competition pedigree. He was third in the Young National Chef of the Year final in 2020 and was runner up in the Junior Chef of Wales final in 2017 and 2018.

He already has experience of the Global Chefs Challenge competition, having been  commis chef for former Senior Culinary Team Wales captain Danny Burke when he won the Northern Europe heat in Italy in 2019.

Under the guidance of Carden Park executive chef Graham Tinsley, MBE, the CAW’s new culinary director, Harry has perfected the dishes for the Global Young Chefs Challenge, the winner of which will receive the Hans Bueschkens Trophy.

“We are very happy with the dishes and I am now practicing the run through with Graham,” said Harry. “Chefs are unable to use alcohol in the dishes in Abu Dhabi, so I am using citrus and beetroot juice to form the jus. It’s a different concept for me.

“It’s a great opportunity for me and I’m really looking forward to competing in the final. I have never been to Abu Dhabi, so it’s another country to tick off the list.

“It has been a very busy time at work and becoming a father, but now I’m totally focused on the Global Young Chefs Challenge, which is a big step up for me. When I return, it will be straight back to training for the Culinary World Cup.

“It’s great to have Graham, Harry Williams and former Junior Chef of Wales winner Sion Hughes here to Carden Park to give advice.”

He will be joined in Abu Dhabi by Sam Griffiths, 27, senior sous chef at the Chester Grosvenor, Chester, who will be representing the CAW in the Global Chefs Challenge final on June 1 and