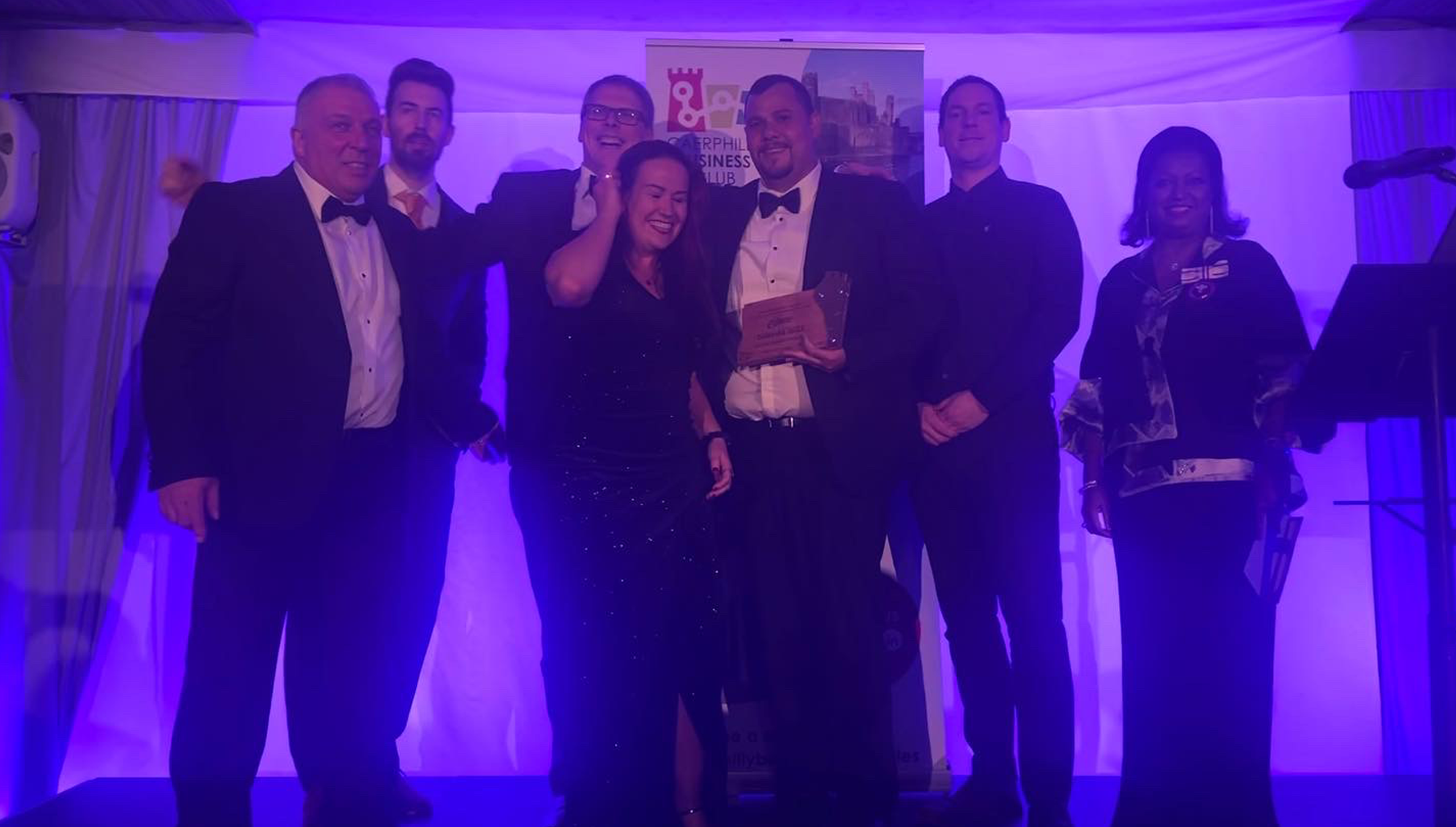 MANUFACTURER IS CUT ABOVE THE REST

A well-established, but fast-growing manufacturer and international exporter from near Blackwood has overcome all the difficulties thrown at it by Brexit, exchange rate changes and international supply-chain issues to scoop two awards at this year’s Caerphilly Business Club Awards.

Atlantic Service Company, who manufacture bandsaws and handsaws for the food industry and export to more than 40 countries around the world, collected the International Business of the Year and its Vice-President, Huw James, was awarded the Leadership in Business prize at the prestigious event, held at Bryn Meadows Golf Hotel & Spa, in November.

The firm, which employs nearly 70 people and invested in a move from Pontllanfraith to a new, bigger factory in Gellihaf earlier this year, have been based in South Wales for more than four decades, but have only recently targeted significant growth overseas. Further investment in infrastructure is planned over the coming months as new markets are explored and more international expansion is planned.

Managing Director Martin Hughes said: “It’s a tremendous honour for the company to win these awards. They are great recognition of the work the whole team has done to grow the business so quickly, despite a number of major challenges over the last three years. This gives us a real boost as we settle into our new facility and look to expand our international markets even further, next year and beyond.”

Atlantic Service were amongst eleven winners on the night which was organised by the Caerphilly Business Club and celebrated the work of dozens of businesses based in the county.