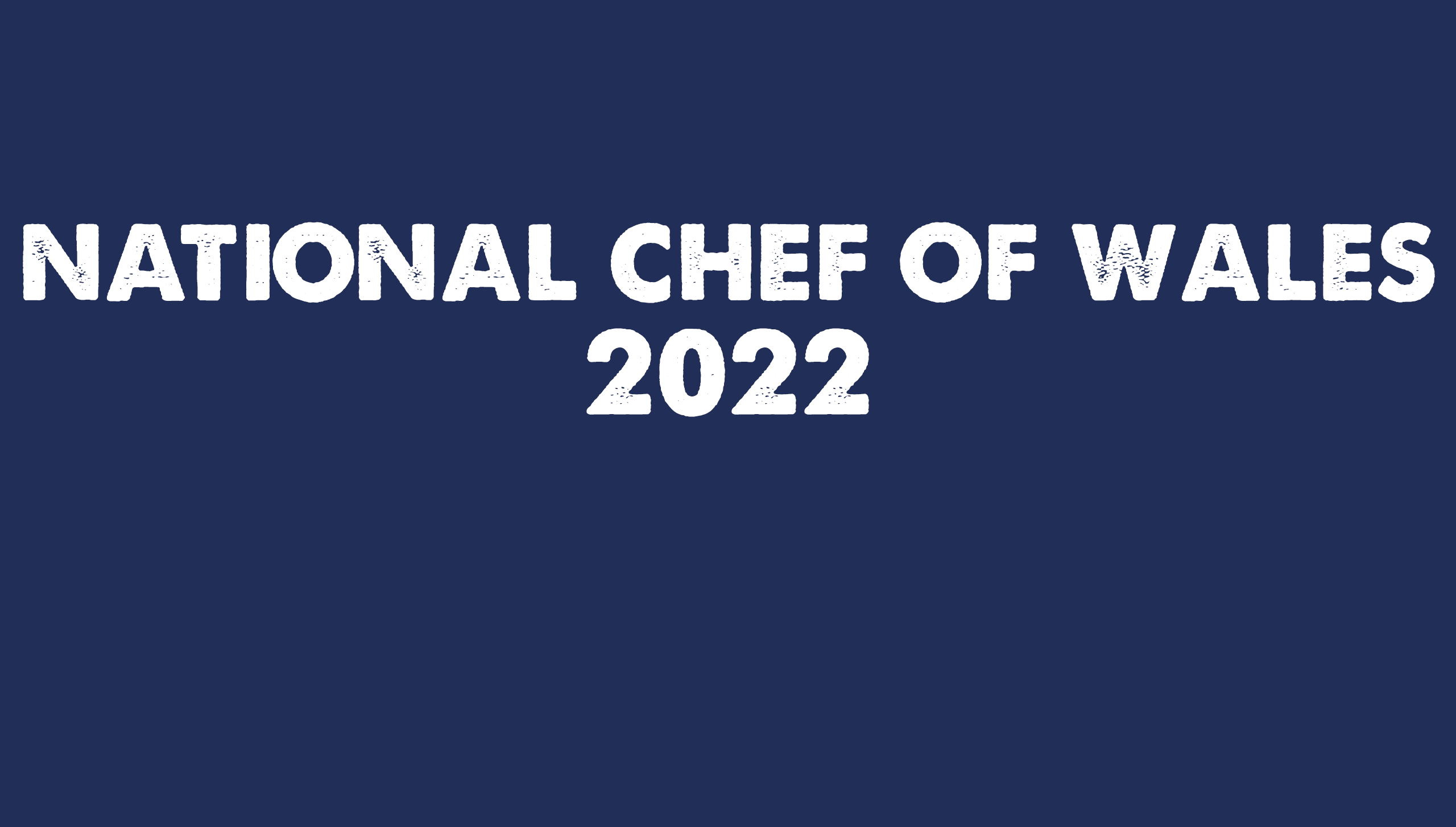 A prize of £1,000, a prestigious title and a coveted dragon trophy await the winner of the National Chef of the Wales final next week when five talented chefs put their culinary skills to the test in the heat of the kitchen.

The final is being spread over two days – February 22 and 23 – at the Welsh International Culinary Championships (WICC), organised by the Culinary Association of Wales (CAW) and hosted by Grŵp Llandrillo Menai’s campus in Rhos-on-Sea from February 22-24.

Andrew Tabberner, 29, chef co-owner of Gaerwen Arms, Gaerwen, Anglesey, is seeking to complete the double by adding the National Chef of the Wales title to the Junior Chef of Wales honour he won in 2015

They will be competing against Thomas Herbert, 24, from Bridgend who is chef de partie at Lucknam Park Hotel & Spa, Chippenham and Robert Cave, 38, from Wrexham who is senior sous chef at Rookery Hall, Worleston, Nantwich.

The five chefs will have five hours to prepare and cook their own four course menu for 12 people, featuring mostly Welsh ingredients. A vegan starter will be followed by a fish dish, a main course using two different cuts of Welsh Lamb and a dessert featuring seasonal fruits, ice cream, chocolate and biscuit or tuille.

Tabberner won the junior chef title whilst working at Coast Restaurant, Saundersfoot with head chef Will Holland, who was his commis chef for final.

He trained at University College Birmingham where he achieved a National Diploma in Professional Cookery. He has previously worked at La Bécasse, Ludlow, Coast Restaurant and The Bull, Beaumaris where he progressed from chef de partie to executive chef.

Tabberner describes his cooking style as modern British, focussing on locally produced, seasonal ingredients. Besides the Junior Chef of Wales, he has won two AA rosettes for the Gaerwen Arms which he would like to increase to three.

“In the final, I am hoping I can recreate the meals that I have done in practise,” he said. “I am probably the happiest I have been with my dishes in a long time. I have left them very natural and let the ingredients do the singing.”

Smith, who lives in New Mills, near Newtown, is looking forward to his third National Chef of Wales final, which he says will be his last.

He trained with his grandmother in Axminster, Devon before travelling in France where he did a stage in a Paris restaurant. The Waggon and Horses, Newtown and Hawkstone Park, Shrewsbury are included in his list of previous establishments.

He describes his cooking style as traditional with French, Asian and Nordic influences and identifies his strengths as being organised and methodical.

He has won medals with Culinary Team Wales at the Culinary World Cup and Culinary Olympics, a Wales Skills Award in 2008 and a Great Taste award for chocolate when he owned a patisserie in Newtown.

His ambition is to win the National Chef of Wales title and to one day captain Culinary Team Wales.

“I hope everything goes smoothy with my dishes in the final,” he said. “It’s about showcasing what is possible and hopefully this time it will be third time lucky. Whatever happens, this will be my last individual competition.”

Barnard, who lives in Caerphilly, is a second time finalist. A chef for 22 years, he has worked with Marco Pierre White, Michel Roux Junior, Tom Kerridge, Marcus Wareing and Raymond Blanc during his career.

He describes his cooking style as modern British and Welsh with an Asian influence and has an ambition to one day own a restaurant in Wales.

“I am hoping to win the final this year,” he said. “I think I have a menu that is technically sound but is based on traditional, Welsh humble cooking.”

Cave, originally from South Africa, is a first time finalist but was runner up in the Young Chefs of Cheshire, his only previous competition.

He completed his apprenticeship at Carden Park Hotel and Spa at Clutton, near Chester and went on to work at The Grosvenor Hotel and Spa, Pulford, Chester and The Crowne Plaza Copenhagen Towers

He describes his cooking style as classic with British and French influences and says his ambition is to one day own a gastro pub serving fresh food with a difference.

“It would be amazing to win the National Chef of Wales final in my first big competition,” he said. “It would mean so much because there is lot of pressure on me and I don’t want to let people down. As long as it all goes well in the final, that’s all I can hope for.”

Herbert, making his competition debut, is hoping to follow in the footsteps of Tom Westerland who became National Chef of Wales in 2018 whilst working at Lucknam Park Hotel & Spa.

He previously worked at The Chapel, Cardiff and describes his cooking style as clean, minimalistic and classic with a modern twist

“It would be nice to win, but I am going to go there, cook my food and see what happens,” said Herbert, whose ambition is to return to Wales as head chef and achieve a Michelin star. “I am confident in my dishes which showcase the ingredients and flavours.”

The winner will be announced at a the WICC Presentation Dinner to be held at the Imperial Hotel, Llandudno on the evening of February 24.