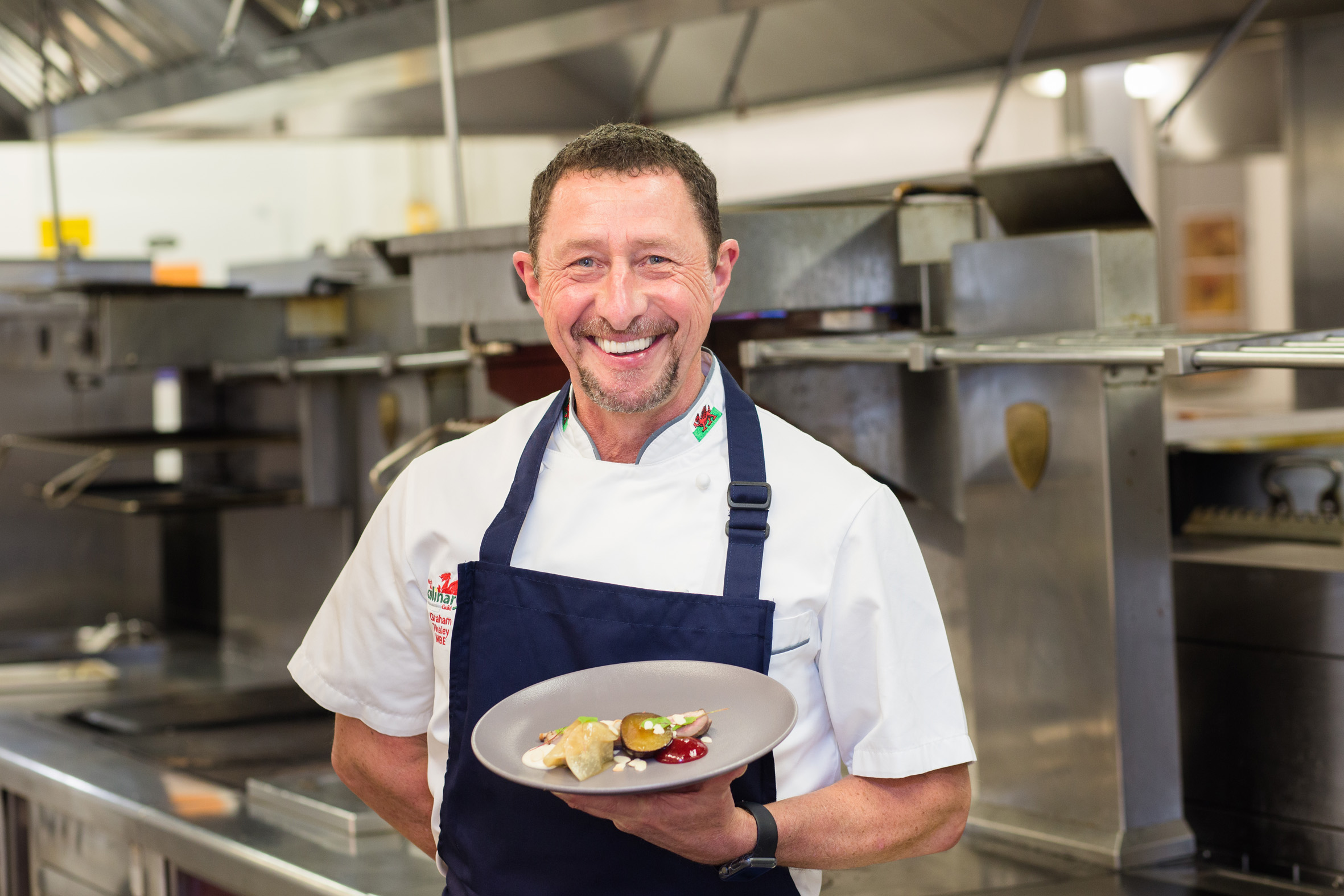 The culinary director of the Culinary Association of Wales is keen to see talented young Welsh chefs progress into the Senior Culinary Team Wales.

Graham Tinsley, MBE, executive head chef at Carden Park Hotel and Spa, near Chester, praised the Junior Culinary Team Wales for their silver and bronze medals at the Culinary World Cup in Luxembourg.

Now he wants the chefs, who are too old to compete with the junior team at the Culinary Olympics in 2024, to take the step up into the senior Wales squad as part of the CAW’s succession planning.

Three chefs – Harry Paynter-Roberts and Sion Hughes from Carden Park Hotel and Spa and Harry Osborne, head chef at the Quay Hotel and Spa, Deganwy – are set to leave the junior team because of their age.

The junior team was managed and coached at the Culinary World Cup by Michael Kirkham-Evans, a lecturer at the Grŵp Llandrillo Menai campus in Rhos-on-Sea and Danny Burke, co-owner of Olive Tree Catering, Runcorn, respectively.

Michael has retired from his role as manager but Danny is continuing as coach and will be supported by Graham who takes on overall responsibility for both the senior and junior teams.

“I think Mike and Danny have done very well with these young chefs who are talented and understand the competitions,” said Graham. “When chefs reach the age limit for junior team competitions, they should progress into the senior squad.

“We were all thrilled when the junior team won a silver medal in the hot kitchen in Luxembourg. The team was great and these young chefs have really gelled together. It’s a shame that three of them are going to be too old for the Culinary Olympics but hopefully they will now progress to the senior squad.

“Progression is very important because we have to bring the young chefs through. They are the future of the senior team.”

Graham has already had positive feedback from some experienced chefs he has approached about joining the senior team for the Culinary Olympics. He is keen to hear from chefs interested in competing for a place in both the junior and senior squads.

Having attended his sixth Culinary World Cup, Graham said it was good to meet up with old friends including his mentor Anton Mosimann who visited the CAW stand to support Wales’ bid to host the Worldchefs Congress 2026.

The other members of Junior Culinary Team Wales are captain Calum Smith, pastry chef at Shrewsbury School, Stephanie Belcher, chef de partie at Coast, Saundersfoot and Jay Rees, who is studying for a degree at Grŵp Llandrillo Menai.

Squad members who supported the team in Luxembourg were Amira Milner from Signatures Restaurant, Conwy, Heather Spencer, commis chef at Links Hotel, Llandudno and Pippa Taylor, who is completing a Culinary Arts Degree at Grŵp Llandrillo Menai campus in Rhos-on-Sea.