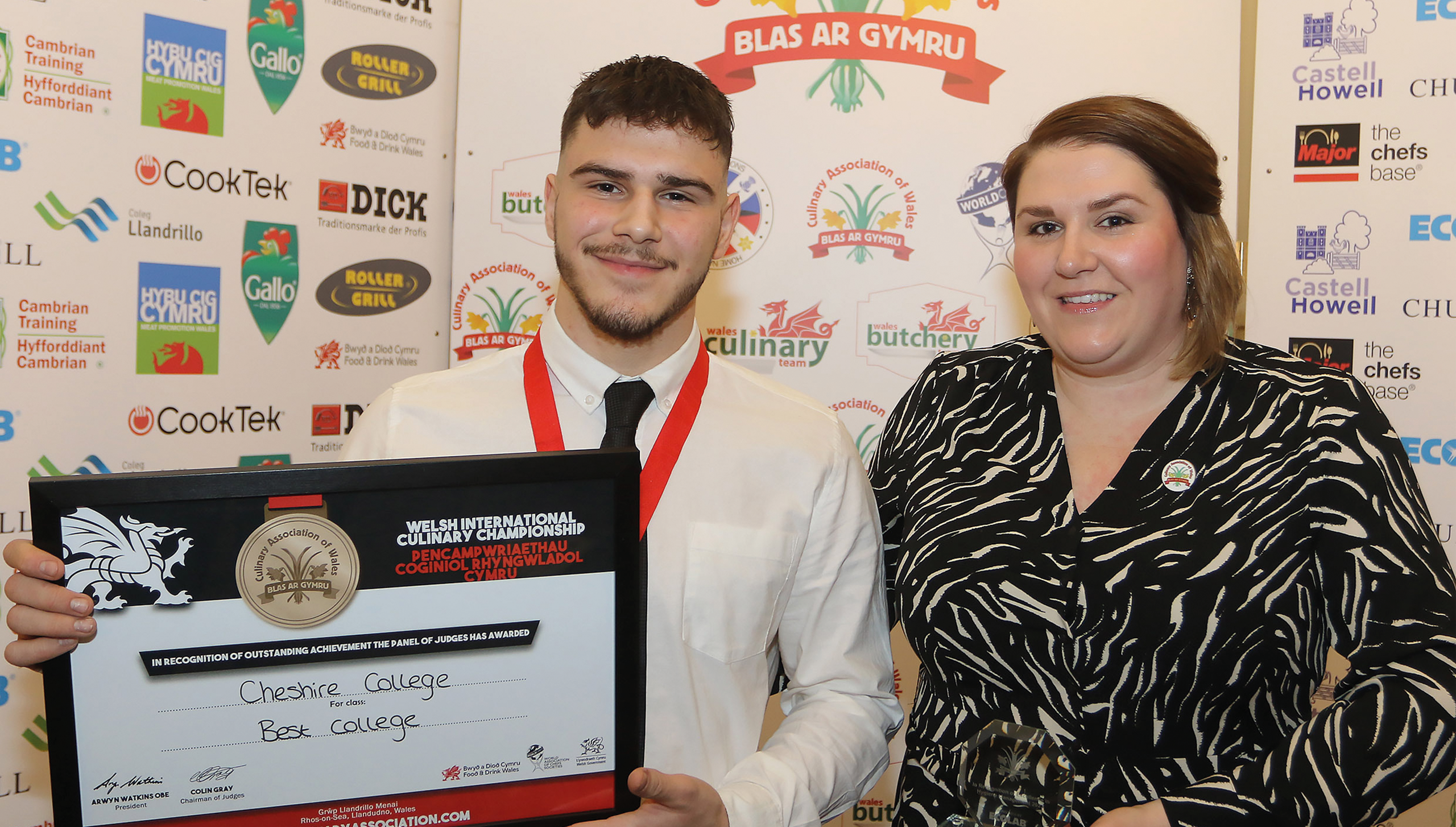 Passion and optimism for hospitality industry at culinary championships

Judges were encouraged by the passion and optimism for the hospitality industry exuding from everyone involved in the Welsh International Culinary Championships (WICC) which ended on Thursday last week after three days of competitions.

The popular, annual event, organised by the Culinary Association of Wales (CAW), made a welcome return to Grŵp Llandrillo Menai’s campus in Rhos-on-Sea after a pandemic enforced absence of two years. Main sponsor is Food and Drink Wales, the Welsh Government’s department representing the food and drink industry.

Colin Gray, CAW vice president and managing director of Capital Cuisine, Caerphilly, told guests at the WICC awards dinner, held at the Imperial Hotel, Llandudno: “One thing that we all noticed as judges was the amount of passion in the room over the past three days which has been incredible.

“We all get involved in this event because we love to see everyone supporting each other and being so passionate about the industry and the work that you do.”

He thanked all the competitors who had entered competitions and praised the bravery of all Junior Chef of Wales finalists who were all competing in the competition for the first time. For some of them, it was their first competition.

Referring to the National Chef of Wales final, he said: “These chefs take time out from the industry to enter the competition. We are trying to increase skill levels in the kitchen and these are the types of competitions that do that. It’s about taking part and learning from the experience.”

The awards were presented by Wales’ Minister for Rural Affairs and North Wales, Lesley Griffiths, who said the past two years had been tough for everybody during the pandemic.

She praised the resilience of the hospitality sector in Wales and congratulated all who had competed at the WICC.

“The food and drink sector is vital here in Wales,” she added. “We have developed a strong international reputation for our food and drink.”

Arwyn Watkins, CAW president and managing director of Cambrian Training Company, thanked everyone involved in the WICC, especially the sponsors, without whom the event would be impossible, he said.

He sent the best wishes of the CAW to Worldchefs colleagues in Ukraine and Russia at a time of conflict between the two countries.

Jane Williams from Ecolab, a sponsor, who monitored hygiene during the WICC competitions, said she had thoroughly enjoyed the event and the passion shown by competitors.

“There has been so much optimism for the hospitality industry over the past three days which is great to see,” she added. “If nothing else, the pandemic has taught us all the importance of hygiene.”

She presented the Ecolab hygiene overall award to Cheshire College and the award for judges went to Peter Cook.