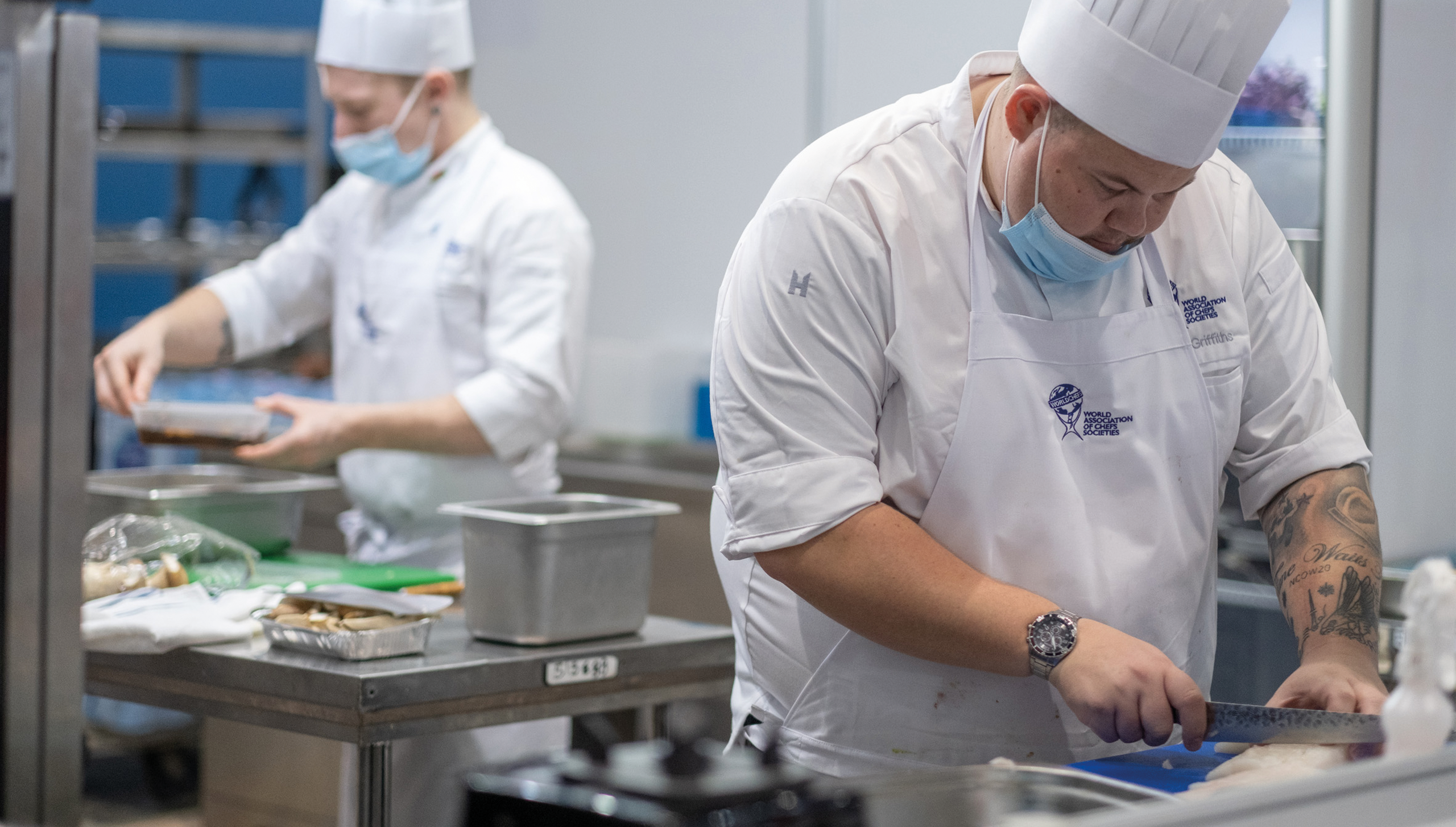 Two Welsh chefs have spoken of the great experience of competing against the world’s best at the Worldchefs Congress and Expo in Abu Dhabi last week.

Making his international debut, Sam said it had been a great learning experience, admitting that the standard of cooking was much higher than he was expecting. He thanked the CAW for its support.

“The experience was amazing,” added Sam, who was assisted by David Palmer, chef de partie at The Clove Club, London. “It was truly special to be part of the final and to represent Wales on a global stage.

“The standard was far beyond what I had expected and I was competing against some seriously talented and regimented chefs.

“Some of the dishes I saw made me wish I’d thought a little more outside the box to make them nearer to the standard of what I was up against. But these experiences are for learning and growing, and I feel and hope I will.”

Harry said he had enjoyed competing in the final and plans to learn from the experience when he competes at the Culinary World Cup in Luxembourg with the Junjor Culinary Team Wales in November.

“I was really pleased with the score I received and totally agreed with what the judges said about my dishes,” he added. “It was great to be representing Wales again and a fantastic learning experience.

“I had good support from everyone around me, learnt a lot from the final and can’t wait for the next competition.”

“Whilst Harry has competed internationally with the Junior Culinary Team Wales in the past, it was Sam’s first time on the global stage and it was an eye opener for him.

It was a great opportunity for both of them to mix with chefs from around the world and to see the standard of dishes presented.

“Harry had really good feedback for the way he worked but a couple of errors with his dishes cost him valuable points and places. Less than a point separated him from the South African chef in fifth place.”

CAW president Arwyn Watkins, OBE, praised both chefs for their hard work and flying the flag for Wales with pride in the finals.