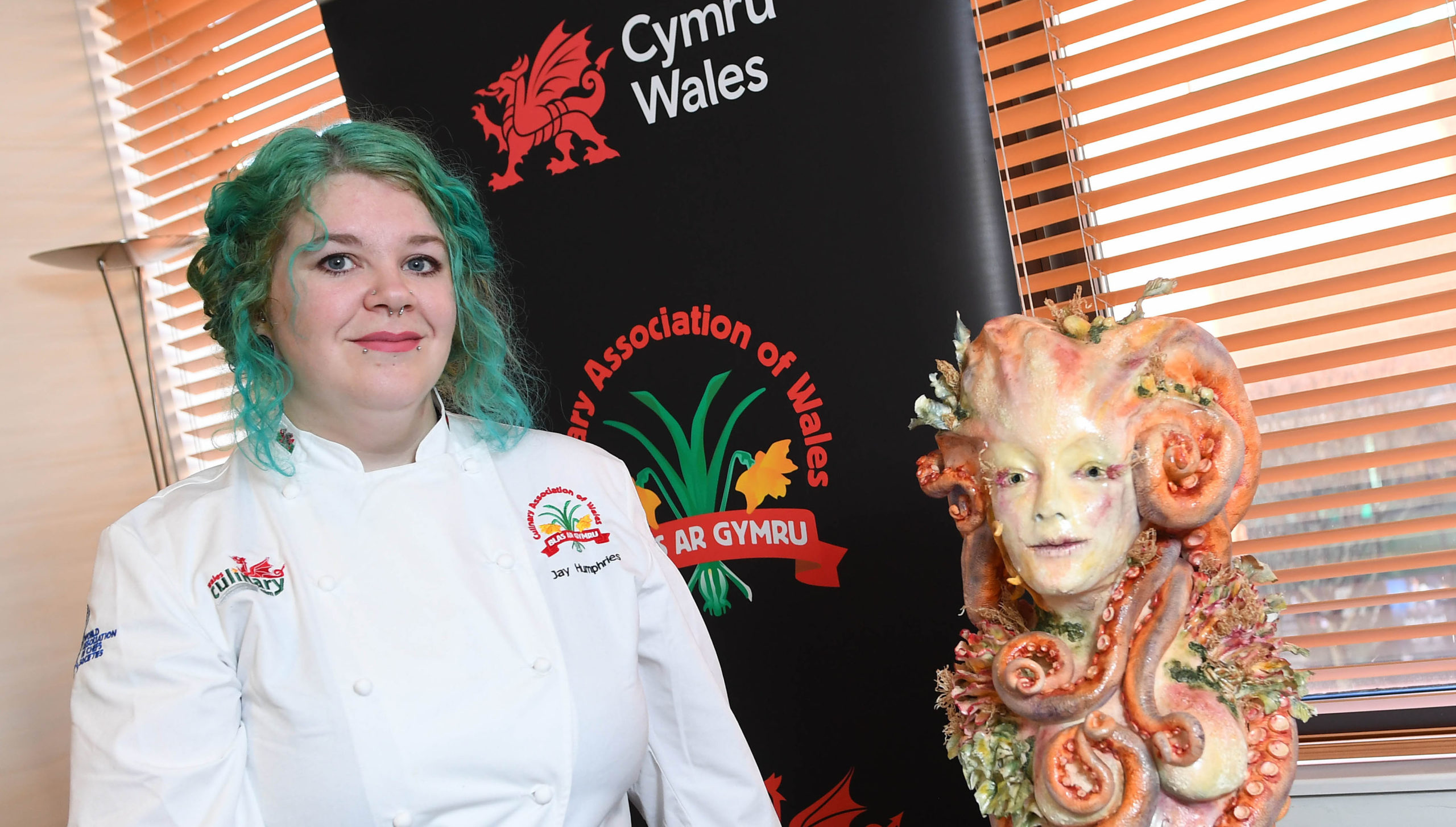 Gold medallist cake baker and decorator Jay Humphris has been charged with making an eye-catching centrepiece to wow the world’s top culinary judges at the IKA/ Culinary Olympics next week.

The 36-year-old mum of two from Ebbw Vale is set to make her debut as a member of the Senior Culinary Team Wales in in Stuttgart from February 14-19.

Jay, who lives in Ebbw Vale and is a catering and hospitality lecturer at Coleg Y Cymoedd, Ystrad Mynach, will leave the judges in no doubt where she comes from, as her masterpiece is based on the Year of the Outdoors in Wales in 2020.

The team is not allowed to reveal images of the centrepiece until after it has been displayed at the Culinary Olympics on Sunday.

“It started to burst into life as I added all the different elements,” explained Jay. “Hopefully, I have created a different look to everyone else.

“I am very happy with it and excited to be competing with the Wales team at the Culinary Olympics. It’s a once-in-a-lifetime opportunity to compete against amazing talent from all around the world and it’s going to be an awesome experience.”

The cake has been transported to Stuttgart in the team’s van and Jay packed it using balloons to ensure that it was not damaged en route.

She’s no stranger to competitions, having won gold and silver medals at Cake International in Birmingham, which she first entered in 2015. Jay’s nine-year-old son, Toby is following in her footsteps, having entered cake competitions since the age of five.

In addition to her college lecturing job, she runs sugarcraft courses for Adult Learners Wales in the Rhondda and has been bar manager for 17 years at Morgans Wine Bar in Ebbw Vale.

The IKA Culinary Olympics, the biggest and oldest international culinary art exhibition, opens tomorrow (Friday) and runs until Wednesday, February 19. She and her Wales teammates will join around 2,000 chefs and pastry chefs from more than 60 nations in Stuttgart.

The Wales team is led by Nick Davies, culinary craft trainer with Cambrian Training, who combines the roles of team manager and member. Sergio Cinotti, co-owner of the award-winning Gemelli and Gem42 Restaurants, Newport, is captain for the first time.

The senior team’s competition is divided into two elements. The team presents its chef’s edible buffet on Sunday, February 16 and its Restaurant of Nations menu for 110 covers on Tuesday, February 18. Minister Lesley Griffiths holds a reception for the senior and junior team from Culinary Team Wales before they compete at the IKA Culinary Olympics in Stuttgart next month.
© WALES NEWS SERVICE

Jay Humphris with one her medal winning cake creations.