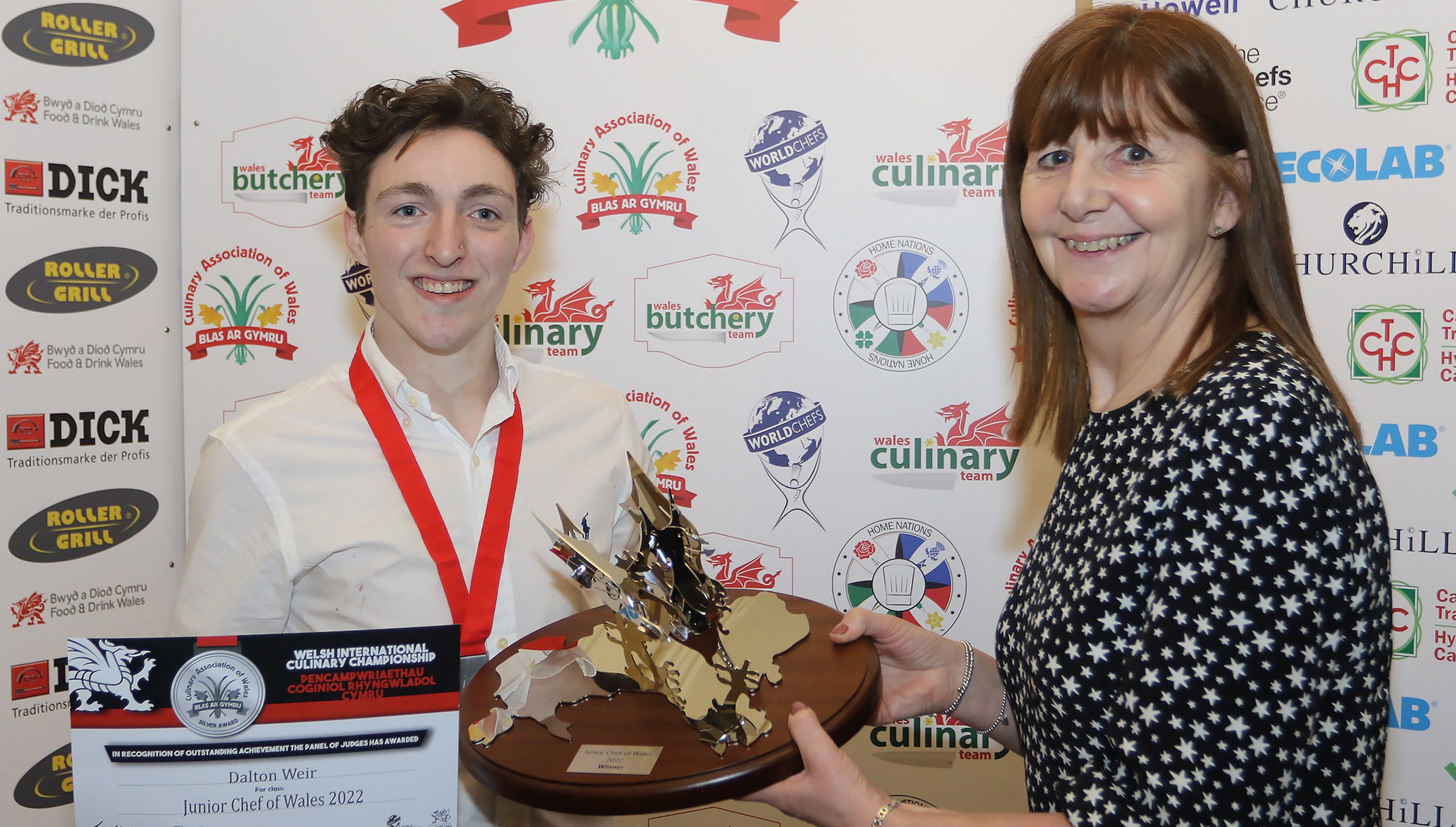 A North Wales head chef is the new Junior Chef of Wales after winning a final cook-off against four rivals at the Welsh International Culinary Championships (WICC) yesterday (Thursday).

Besides claiming the prestigious title and the Dragon Trophy, Dalton Weir, 22, from Llandudno, head chef at Watson’s Bistro, Conwy, also won a chance of a lifetime trip to the Worldchefs Congress 2022 in Abu Dhabi with the Culinary Association of Wales (CAW) delegation from May 30 to June 2.

He also qualified for the semi-finals of the Young National Chef of the Year contest, organised by the Craft Guild of Chefs and will receive support from the Junior Culinary Team Wales. In addition, the prize included a set of knives from Friedr Dick and £100 of products from Churchill.

“I am over the moon because it was a hard competition and I didn’t expect to win,” said Dalton, who received a silver medal. “I have wanted to do this competition for a few years and this was my last chance because of my age.

“Winning the competition means a lot because it will open doors for me in the future.”

Organised by the CAW, the WICC were hosted by Grŵp Llandrillo Menai’s campus in Rhos-on-Sea from February 22-24 and main sponsor was Food and Drink Wales, the Welsh Government’s department representing the food and drink industry.

“For many of the finalists, it was their first competition and their dishes were of a good standard. It’s pleasing to see that Wales is producing so many bright, young chefs who want to compete, especially as we are always scouting for members of Junior Culinary Team Wales.”

The five chefs had three hours to prepare and cook a three course meal for four people, including mostly Welsh ingredients, a seafood starter or fish appetiser will be followed by a main course featuring one prime cut and one secondary cut of Welsh Beef and a seasonal dessert including chocolate and one hot element.

Falon said: “I didn’t have time to practice the dishes enough but everything was going well until I took the chocolate mousse out of the freezer and it wasn’t set. I enjoyed the experience and will be back but with more experience.”

Stephanie said: “It was a good first experience. Considering I had never done anything like this before, I was reasonably happy with the dishes but they were not perfect and I’m a perfectionist. I will definitely be coming back.”

He said: “It started well and was all going to plan before I had a few difficulties with my dessert because I got my timings wrong. I am definitely going to compete again.”

Katie said: “It was exhausting getting everything done but I enjoyed it and will be back to compete again. Some of my dishes went exactly as I had planned but I had to improvise with my main dish when the ox cheek burnt. I enjoyed the experience.”