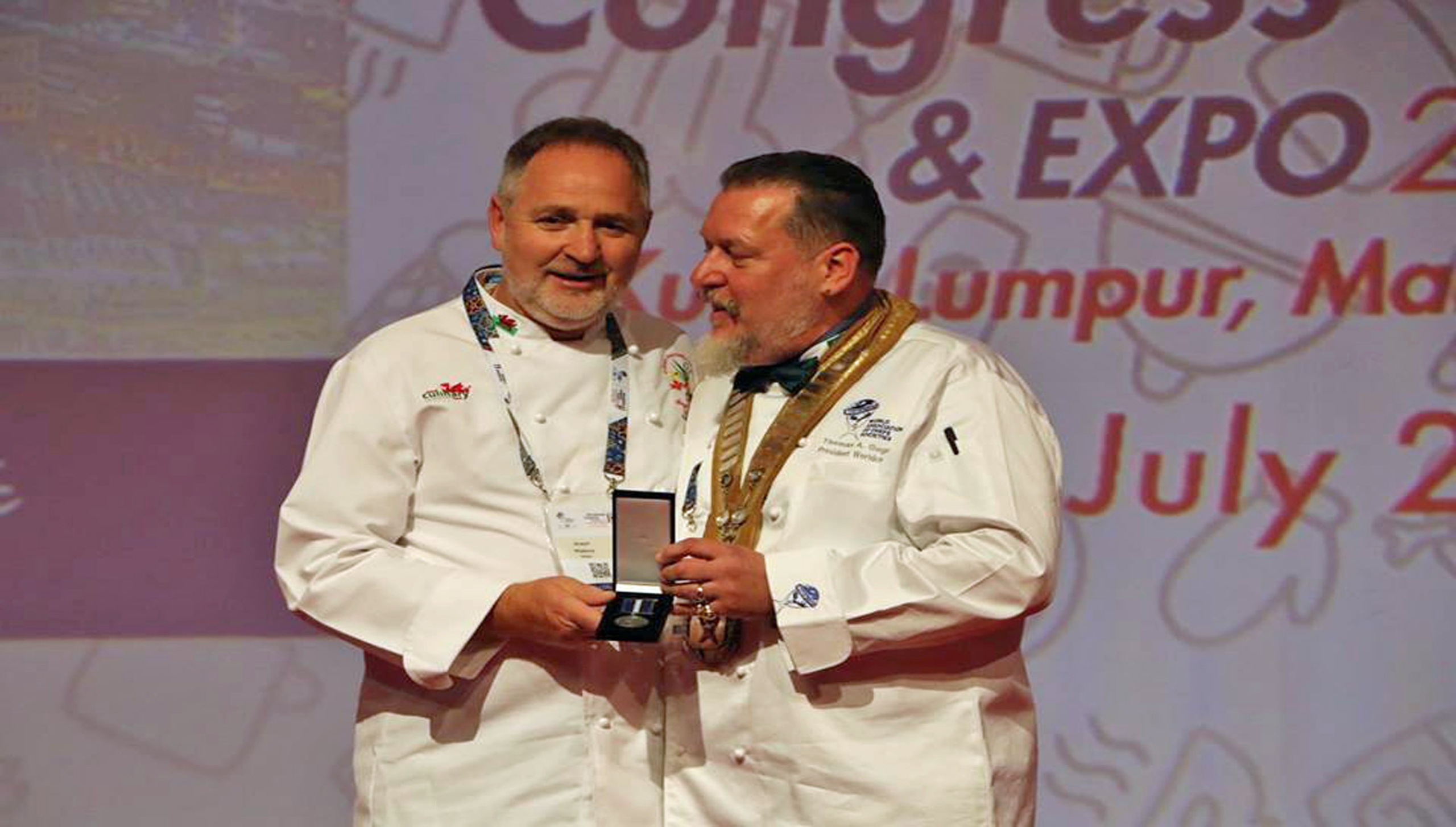 The world’s best chefs may be coming to Wales next year as the country has been invited to host the prestigious Worldchefs Global Chefs Challenge Final.

The Culinary Association of Wales (CAW) and its partners, the International Convention Centre (ICC) Wales, the Celtic Manor Resort and the Welsh Government, are considering a plan to include the prestigious Worldchefs’ event as the centrepiece of a four day festival of culinary skills, food and drink in the autumn of 2021.

If the plan comes to fruition, the Global Chefs Challenge and Worldchefs Village could be combined with Wales’ premier international food and drink showcase, BlasCymru/TasteWales 2021 at ICC Wales, Newport from October 25-28.

Worldchefs president Thomas Gugler announced that Wales would be invited to host the Global Chefs Challenge Final after the country lost to Singapore by just four votes in last Saturday’s online ballot to choose the host country for the Worldchefs Congress and Expo 2024.

The CAW has been given a deadline of September 15 to either accept or decline the invitation to host the Global Chefs Challenge Final. CAW president Arwyn Watkins, OBE, is now continuing to work closely with the same team that delivered Wales’ bid for the Worldchefs Congress 2024.

Following initial discussions with the Team Wales partners at the weekend, outline plans were quickly put in place to hold a “fantastic showcase” of culinary skills and Welsh food and drink products.

Before the invitation is accepted, however, detailed talks will continue with partners and potential sponsors to ensure that Wales can underwrite the cost of hosting the Global Chefs Challenge.

“The invitation deadline is tight, but The Global Chefs Challenge did feature in our 2024 bid, so we are very aware of the scale and significant importance of securing the opportunity to host this prestigious event in 2021,” explained Mr Watkins.

“We are very disappointed that Wales didn’t win the Worldchefs Congress and Expo 2024 ballot but delighted that we have the opportunity to welcome the best chefs from around the globe in the autumn of 2021.

“Congratulations to Singapore for putting together a successful bid. I am very proud of the professional bid that Wales made and our transparent campaign.”

He thanked the 36 Worldchefs presidents who had voted for Wales in the ballot and the Team Wales partners and everyone who had contributed to the excellent Welsh bid.

Saturday’s live presentation of Wales’ bid did not go without a hitch, however, as technical problems at Worldchefs’ headquarters prevented participating presidents from seeing both Mr Watkins and Ian Edwards, chief executive of ICC Wales and Celtic Manor Resort, on their screens.

After a short delay, the Team Wales video was broadcast, including contributions by HRH The Prince of Wales, patron of the CAW, Mr Watkins and Danielle Bounds, ICC Wales sales director.

In his video message, The Prince of Wales said: “Anyone who has the privilege of visiting (Wales) will have a feast in more ways than one. As you take forward this highly important project, which could bring so much benefit to Wales and so much pleasure to participants, I shall be with you in spirit and wishing you well.”

To reach the final ballot against Singapore, Wales had already won two rounds of voting in Europe, beating the Netherlands and Poland in the first round and Russia in the second.

Wales has a successful track record of holding Worldchefs’ meetings. In 2017, the country hosted a successful Worldchefs European Congress and, last summer, welcomed a Worldchefs board meeting. Both events were held at the Celtic Manor Resort.

Worldchefs is an organisation that represents more than 12 million chefs from 108 countries worldwide.

Posted by
Deprecated: the_author_nickname is deprecated since version 2.8.0! Use the_author_meta('nickname') instead. in /home/sites/web1885/web/wp-includes/functions.php on line 4777
Vicky Watkins on 24th August 2020