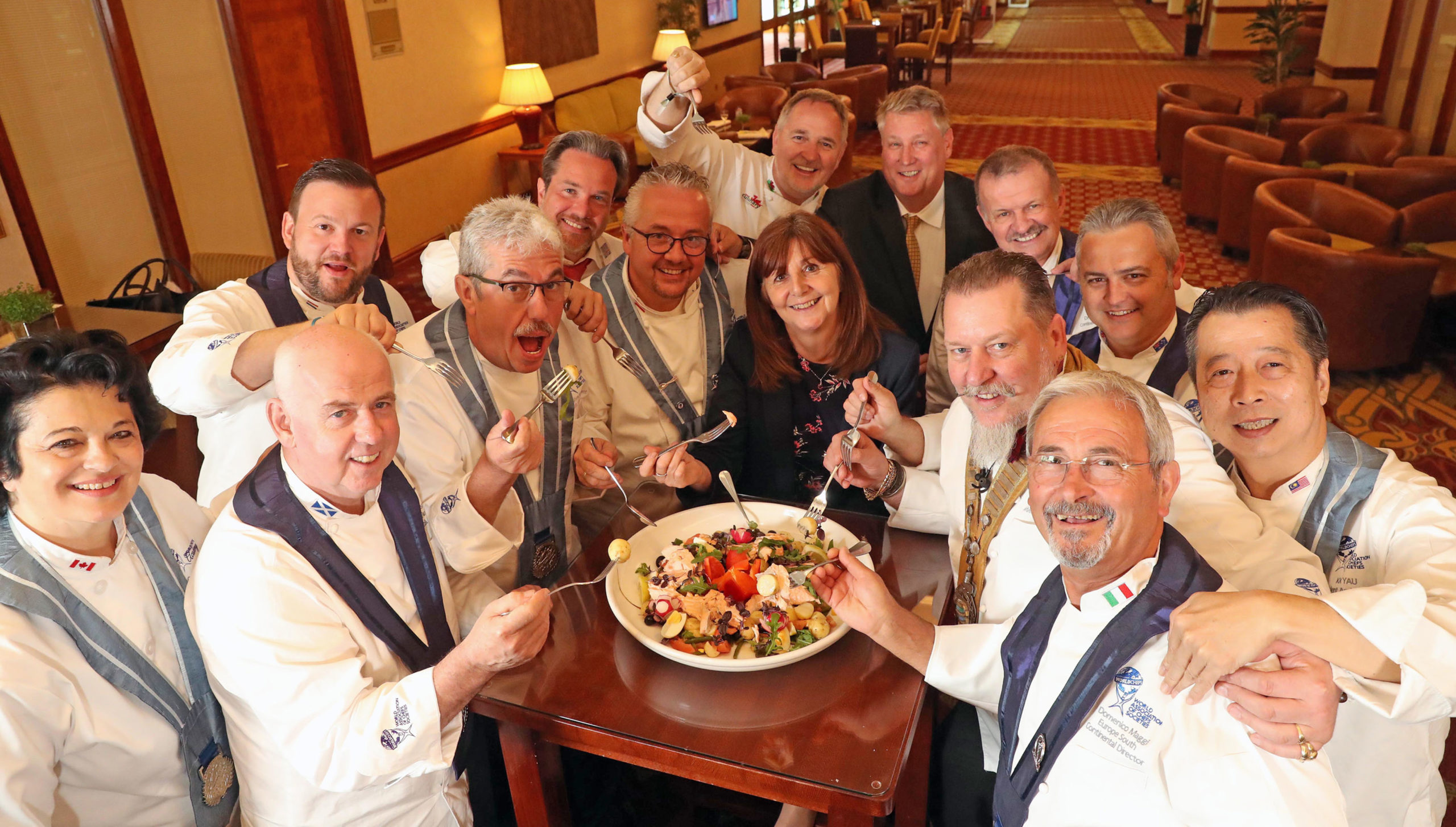 Wales is just one more ballot away from bringing the culinary world to the nation in 2024 by hosting the Worldchefs Congress and Expo.

Following a landslide victory in the first round vote, when beating Poland and the Netherlands, the Culinary Association of Wales (CAW) increased their winning margin against Russia as the second round ballot result was announced on Tuesday.

Wales now needs to win the third and final ballot against Singapore in either July or August to host the Worldchefs Congress and Expo 2024 at the International Convention Centre Wales (ICC Wales), Newport. This major culinary event attracts around 1,000 chefs and between 5,000 and 10,000 visitors from around the globe.

A Team Wales approach has been adopted for the bid, with the Culinary Association of Wales (CAW) supported by ICC Wales, the Celtic Manor Resort and the Welsh Government.

CAW president, Arwyn Watkins, OBE, was elated and grateful to have attracted even more support from Worldchefs’ European presidents in the vote against Russia, winning 23-12 (65.7% of the vote)

In the first round last Friday, Wales received 17 votes from European countries against five each for rivals Poland and the Netherlands.

Russia was due to have hosted the Worldchefs Congress in St Petersburg from July 29 to August 1 this year, but the event was cancelled due to the Covid-19 pandemic.

Mr Watkins said: “Whilst we are delighted with the level of support that Wales has received from Worldchefs presidents across Europe, we must empathise with Russia who would have been hosting the Worldchefs Congress in July had it not been for the Covid-19 pandemic.

“Wales was looking forward to attending that congress and never did we expect to be competing against Russia in Europe to go forward to the final vote against Singapore.

“We thank all the European presidents who continued to vote for Wales in the second round and hope that the whole of Europe will now get behind us in the third ballot. Never has winning a Worldchefs Congress gone through so many votes.

“To have secured such support from European presidents against the backdrop of the Brexit vote is appreciated greatly and is due to the absolute respect that they have for Wales. We are very open, transparent and welcoming and have a proven track record of delivering Worldchefs events.

“We hosted a successful European Congress in 2017 and a Worldchefs board meeting last summer at the Celtic Manor Resort which I believe has worked in our favour. We have consistently delivered on our promises, including showcasing Welsh food and drink in the Worldchefs Village at the Culinary Olympics and Culinary World Cup.”

As the third round ballot will involve Worldchefs presidents from around the globe, Team Wales has a couple of busy months ahead lobbying for votes.

Mr Watkins thanked chefs from all UK nations and Ireland for supporting Wales’ bid. “All the home nations will be part of the Worldchefs Congress and Expo 2024 if we win it for Wales and it’s going to need the whole of the UK to get behind us,” he said.

“Winning the final vote would mean that the Worldchefs Congress in Wales would be the topic of conversation for the next four years because the culinary world will be coming to Wales 2024.”

ICC Wales and Celtic Manor Resort chief executive Ian Edwards said: “We are delighted to secure this backing from the European presidents and progress to the final stage of voting in this exciting bid to bring the Worldchefs Congress and Expo to Wales in 2024.

“We have forged strong ties with Worldchefs and are excited that they can now see the potential of our fantastic new venue at ICC Wales. We will keep our fingers crossed that the strong bid presented by Team Wales will see us clear the final hurdle this summer.

Lesley Griffiths, the Minister for Environment, Energy and Rural Affairs, said: “During difficult times such as these, it is very pleasing to note that Wales has maintained its international reputation for culinary excellence, and that our chefs continue to maintain their world-leading stature. They are a credit to the Welsh food and drink sector, and it is no surprise Wales is one ballot away from winning.

“While the ongoing pandemic has meant many events worldwide have been cancelled, we continue to look towards events which may be hosted in Wales in the future – and that is why I wish Wales every luck as we approach the next ballot on who will host the 2024 Worldchefs Congress and Expo.”