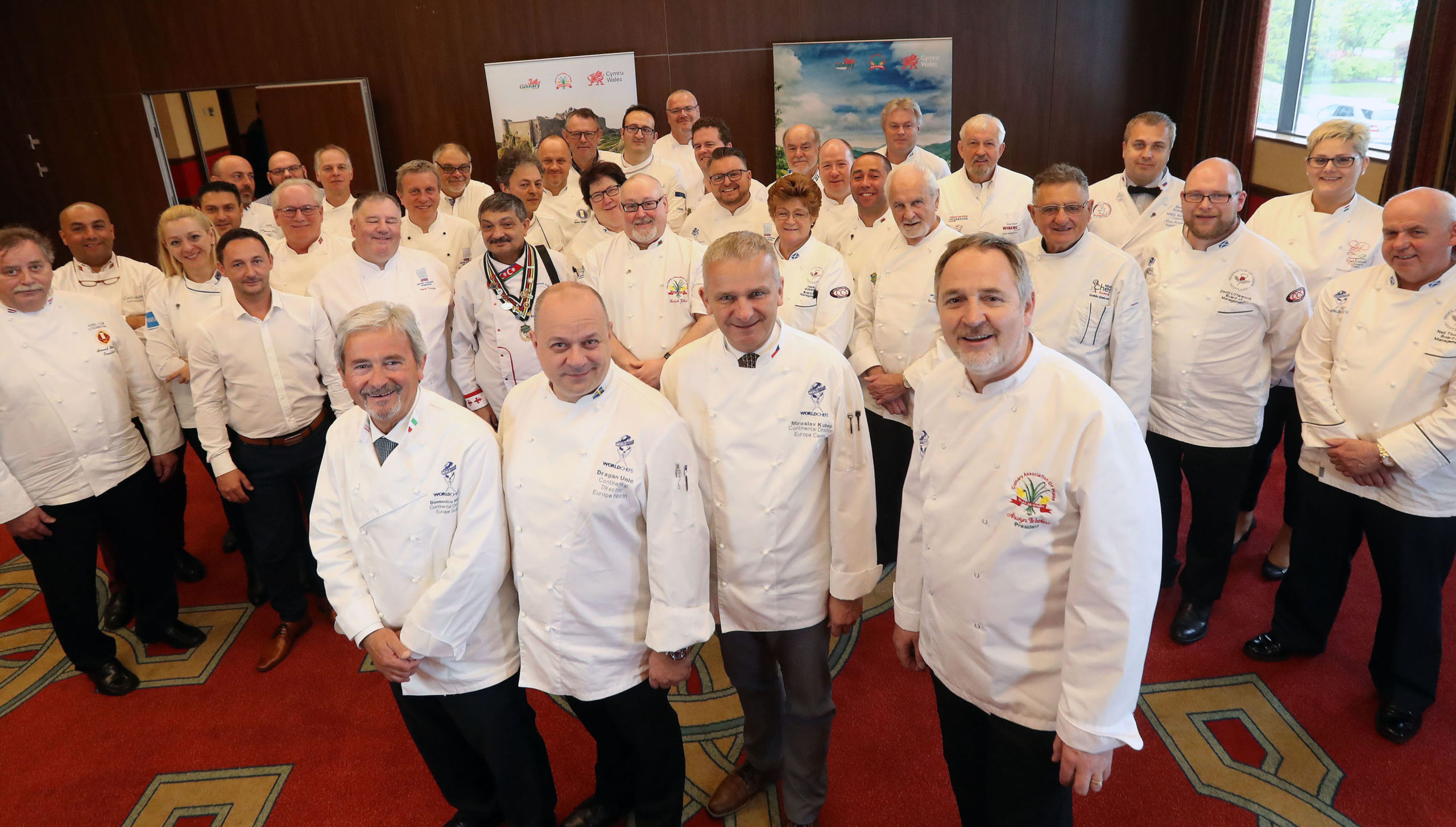 An exciting bid to bring the Worldchefs Congress and Expo to Wales in 2024 moved a step closer today (Friday) as the Culinary Association of Wales (CAW) won the first round of voting in Europe by a landslide margin.

The major culinary event, which attracts 1,000 chefs and between 5,000 and 10,000 visitors from around the globe, would be held at ICC Wales, Newport. The bid is the subject of a Team Wales approach, with the CAW supported by ICC Wales, the Celtic Manor Resort and the Welsh Government.

In the first round vote this week, 63% of the European presidents, who are members of Worldchefs, voted for Wales while rivals Poland and the Netherlands received five 18.5% each.

With 25% of available votes not utilised in the first ballot, it will be a significant challenge to secure the 51% of the vote required to win the final European vote, with the ballot opening at midday (Central European Time) on Sunday and closing at midday (CET) on Tuesday.

In the second round vote by European presidents on Sunday, Wales goes head to head against Russia, with the result to be announced on Wednesday. Russia was due to have hosted the Worldchefs Congress in St Petersburg from July 29 to August 1 this year, but the event was cancelled due to the Covid-19 pandemic.

The victor will then go forward to a decisive third round vote against Singapore in either July or August when Worldchefs presidents from around the globe will vote. The winner will host the 2024 Worldchefs Congress.

CAW president Arwyn Watkins, OBE, was elated by the result of the first round vote which was a reward for lobbying work since the Culinary Olympics in Stuttgart in February.

“I am delighted with the percentage of support we have received from Country Presidents across Europe,” he said. “The challenge now is to keep the momentum going by encouraging them all to vote for Wales in the second round next week, but I am taking nothing for granted.

“Coincidentally, its was three years ago this weekend that we successfully hosted the Worldchefs European Congress at the Celtic Manor Resort.

“I think our successful track record of hosting the European Congress in 2017 and a Worldchefs board meeting last summer has worked in our favour. We have consistently delivered on our promise including showcasing Welsh food and drink in the Worldchefs Village at the Culinary Olympics and Culinary World Cup.”

Delegates at the Worldchefs European Congress hosted by the Culinary Association of Wales at the Celtic Manor Resort, Newport in 2017.